The 1850s saw completion of the conversion of the line from a plateway to a more conventional narrow-gauge railway, with a gauge of 3ft 10½in (1181mm) measured in the normal way i.e. between the rails, and the installation of 3in (76mm) high bull-hehe 1850ad rails. This allowed wagons with flanged wheels to run both on this new track and on the old plateway, in the latter case by running on the tips of their flanges (see opposite). It is not known over how long a period this transition arrangement existed.

The first mention of rails and chairs being supplied, as distinct from gangway rails and pedestals, occurs in 1850. A section of “T” section wrought iron rail, 4ft (1219mm) long, typical of the mid nineteenth century was found in Hilt’s Quarry by the project team in 2013.

The re-alignment continued into the 1850s by means of the lengthy embankment north of Fritchley, alterations within the tunnel and a cutting and embankment down towards Bowmer Lane. Cuttings and embankments were stone lined throughout. Dry-stone walls were provided on either side, including on the embankments, indicating that the railway was intended for horse traction.

The change of route in the tunnel meant that the southern half was rebuilt using larger stones and a
wider cross section. The joint between the two areas of stonework was roughly made and had to be strengthened later by means of a blue brick buttress, partly due perhaps due to the weight of a building above (see photograph opposite bottom). A substantial wide stone portal was built at the southern end.

An overbridge of similar cross section to the new tunnel section was provided where the footpath crossed the line north of Fairfield Farm between the Hat Factory and Fritchley.

Just north of the Bowmer Lane crossing the old route continued in use but land was purchased alongside on the planned Midland Railway alignment. At the point where the new route met the old route the latter was cut into because of the change in level and there was a very sharp curve: perhaps it had been intended to continue the re-alignment. Another straightening also occurred on the approach to the bridge into Amber Wharf, where the old alignment has been partly quarried away but the “kink” in the boundary wall shows where the deviation occurred.

By this time, the Warner quarry had become difficult to work economically, and Hilt’s quarry became the main source of the stone. The track joining the old (Warner) quarry with the gangroad at the Hat Factory was taken up, although the trackbed was left in place.

The 1850s also saw the extensive development of the railhead at Bullbridge. The Midland Railway added additional sidings between its main line and the branch serving the Butterley Company kilns – a quotation from the White’s Directory for 1857 gives a good indication of the size of the undertaking, noting that 50 men are employed at the works which produces and sells 8,000 tons (8,128 tonne) of lime and 30,000 tons (30,481 tonne) of stone each year.

The large quantity of stone being sold principally for road building suggests that there was extensive plant at Bullbridge for processing the stone into the sizes of stone needed for roads, but there is little information on the crushing equipment used for this purpose at that time.

In 1869, a small 4-wheeled vertical boiler chain driven locomotive from Chaplins of Glasgow. There is an account of this locomotive operating that states that the chimney had to be lowered to allow it to pass under the bridges and through the tunnel. It is likely that it was kept in an engine shed built adjacent to the Hat Factory. 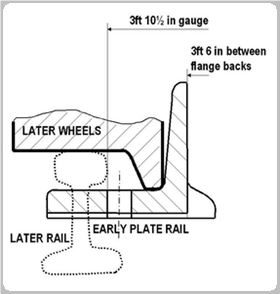 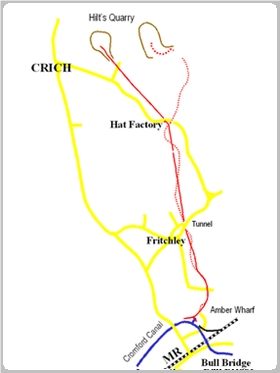 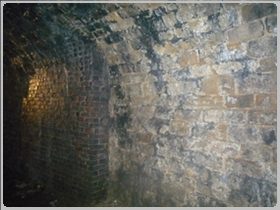